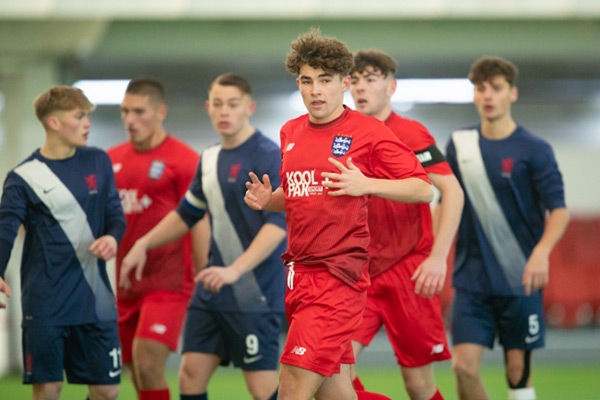 Steff, who is on the Level 3 Football Education Programme and currently predicted D*D*D*, started and played the full 90 minutes in a 2-1 victory.

Andy Jones commented: "Steff’s selection is a fantastic achievement for him personally and the college."

"It shows the opportunities that we can offer here, which give the students the best chance to progress within their football careers and educational aspirations. It’s great to see a number of our students excelling in both."

The match itself was in preparation for their upcoming game against Australia on Monday the 20th of January, which will be played at Milton Keynes Dons.

Afterwards, the team has the fantastic opportunity to fly out to Italy in February to play in the Roma Caput Mundi Cup, a European invitational tournament.

Everyone at SCG would like to wish Steff Jones the best of luck in his upcoming fixtures.