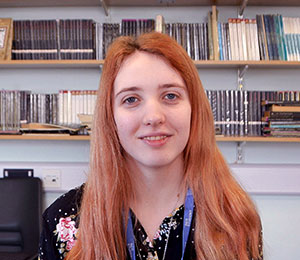 I have always enjoyed Classics and the Greek gods – Percy Jackson is my favourite book series. Classical Civilisation is a bit different from other A Levels and I love studying the heroes and myths. It also looks at an element of History and is overall a really interesting subject. I am going to continue Classics at University of Winchester, then I hope to become a Tour Guide in Greece and Italy – telling all my customers the interesting things about gods and mythology.