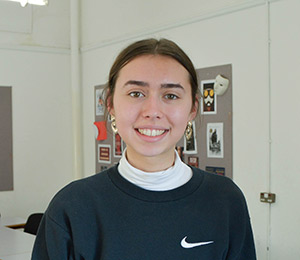 I loved English Literature at GCSE, so wanted to carry on studying it at A Level. It is really interesting finding out about different contexts and characters. We look at a wide variety of literature, but my favourite so far is Shakespeare’s Coriolanus. This subject has really improved my analysis and ability to make judgements, which will be vital for my future career.

Are you an employer?

See how an apprentice can help your business.