Former A Level student recognised for her hard work

A former pupil has secured her dream job at The Shrewsbury & Telford Hospital NHS Trust and been Highly Commended at the National Apprenticeship Awards 2018.

Laura Sheldon, previously of Ludlow CE School, completed her A Levels with Shrewsbury Colleges Group in 2016. This set her on her way to becoming an apprentice, gaining a career, being named as a regional finalist in the National Apprenticeship Awards and getting Highly Commended. 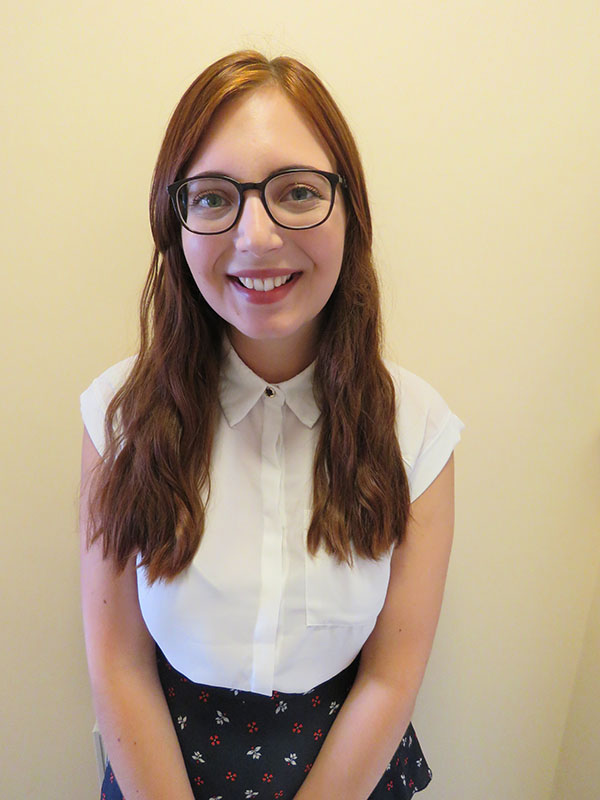 While Laura was at SCG she studied Politics, History and Religious Studies and came away with ACD grades. She joined Shrewsbury & Telford Hospital NHS Trust as an Administration Apprentice in 2017 and it didn’t take her long to secure a full-time role as Executive Administrator in the Chief Executive’s Office.

The National Apprenticeship Awards recognises the achievements of extraordinary apprentices and the businesses that employ them. The West Midlands Regional Finals ceremony was held at Macdonald Burlington Hotel in Birmingham last month. Laura was up against ten other apprentices and came away as Highly Commended for the Lloyds Banking Group Award for ‘Rising Star’.

Laura said: “My A Level in Politics has proved particularly useful in my Apprenticeship and role as Executive Administrator. The teachers in that subject area were especially proficient and really stand out for me when I look back to my time at the College; along with Head of Year, Chris Hose, who was a great support when I was Student President.

“I really enjoyed my A Level studies at Shrewsbury Colleges Group. I was encouraged to do the subjects I felt passionate about, as I wasn’t sure what career path I wanted to take. The college was hugely supportive both academically and personally and my experiences there really helped shape the person I am today.”

Prior to her role with SaTH, Laura completed a lot of volunteering within the youth and medical sectors. She was a Young Health Champion, spending several years training and giving workshops to allow teenagers to make a difference in their communities and sat on the 2015 Youth Select Committee. Laura has also delivered a presentation at the Royal College of Emergency Medicine to paediatric nurses about the importance of consultation around patient experience in children’s wards and spoken in the House of Commons as a Member of Youth Parliament on the significance of talking about mental health issues.

If you would like to find out how you can follow your career dreams like Laura, then come to one of our Open Evenings on October 24 or November 8, 5-8pm.