Its pantomime season and the Performing Arts students of Shrewsbury Colleges Group are putting on a show.

Students from London Road Campus will be putting a modern twist on the traditional tale of Jack and the Beanstalk - a fun pantomime full of magic and laughter. 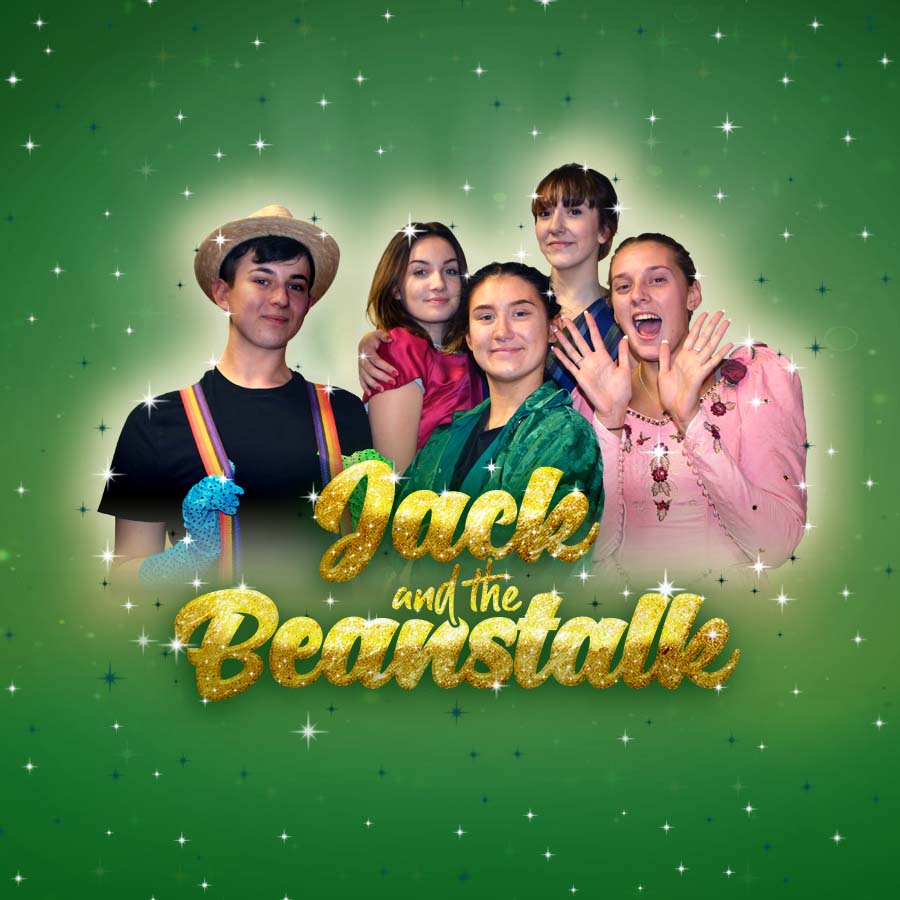 Cheer and boo as Jack and Simple Simon try to stop the nasty Squire Meanie-Pants from evicting them from their home.  To make matters worse the Squire’s daughter is kidnapped and needs to be rescued, but who will stand up and be counted? Throw in a Dame, a Giant, a castle in the sky and some serious online dating and you have a story filled with song, dance and funny characters. Jack and the Beanstalk is the perfect start to your festive fun.

Level 3 Performing Arts Student, Luca Howells, from Telford, said: “I play Simple Simon – he is a loveable character who is straight-to-the-point and just wants to look after his brother, Jack. This is my first lead role, so I am really excited. Rehearsals have been going well and we’ve been given the opportunity to do improv and add to the show. Jack and the Beanstalk is fantastic and is great to be a part of – pantomime is such a fun genre to explore in theatre.

“Studying Performing Arts at Shrewsbury Colleges Group is terrific. It has opened my eyes to all aspects of theatre – including Shakespeare, which I had not worked on previously and now feel very confident reading. You also learn about the business side of the profession and the teachers are so helpful. This course was recommended to me and it will definitely help me progress onto my career as an actor.”

Performing Arts Teacher, Andy Pierce said: “The Christmas pantomime has become a college tradition and the students really look forward to performing in them. They will perform in the college theatre to parents, friends and a growing number of the general public; then take the show on tour to local schools. This is great real world experience and shows the students that tenacity, effort and stamina are just as important as their singing, dancing and acting skills.

“The panto promises to be a lot of fun for everyone! Our students have worked really hard on the show and we have some incredibly talented performers. It’s open to the public in the evenings so get into the Christmas spirit now and buy your tickets – it’s the show you’ve all bean stalking about!”

The Level 3 students have been working hard in rehearsals and getting ready for their first performance on 4 December – taking it to the local schools in the afternoons and the college theatre in the evenings. Jack and the Beanstalk will be taking on a two week run and this follows on from the successes of Aladdin and Spinderella in previous years.

Performances will be taking place in the Performing Arts Theatre at the London Road Campus from Tuesday, 4 December to Thursday, 6 December and then on Wednesday, 12 and Thursday, 13 December at 7.30pm. Tickets can be bought at www.scg.ac.uk/boxoffice