Former students are graduating at the top of their game

It’s official: the former A Level students of Shrewsbury Colleges Group are more likely to gain top First and Upper Second Class degrees than their nationwide counterparts. This includes students from both the grammar and independent sectors. 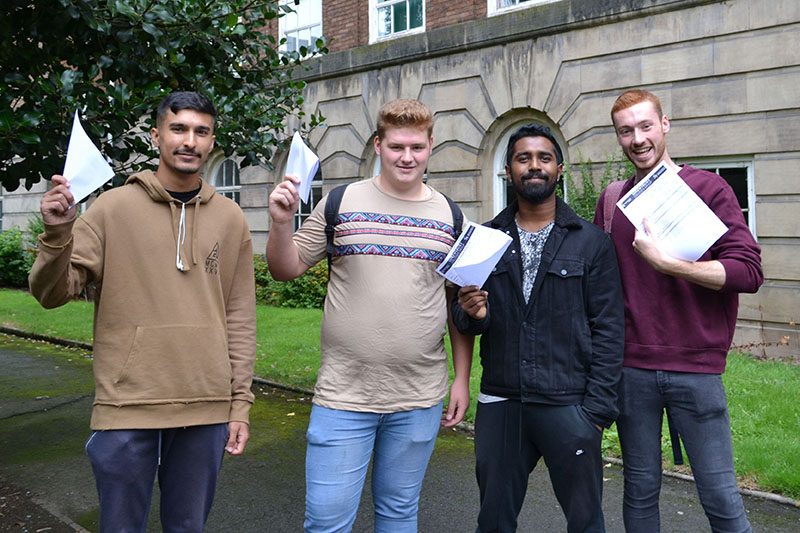 We are also proud to announce that we have a higher proportion of successful first generation university entrants (those whose parents do not have higher education qualifications) than the nationwide average in either comparable sixth form colleges, the independent or state sectors.

Recent figures released from the Higher Education Statistics Agency revealed that of all SCG students going to university and graduating in 2017/2018, 87% of them gained either the top ranking First or Upper Second degrees.  The national average from all other sixth forms is just 80%; a huge difference of 7%.  From the SCG students attending the prestigious Russell Group of universities, the overall percentage was even higher, at 89%.

Not only that, but SCG students who come from families where they are the first generation to attend university, they outstrip their counterparts’ success rate by miles. SCG students who fell into this category were 89% likely to get the best two degree classifications, compared to just 76% from the state sector generally – a differential of 13%.

Our results are not a flash in the pan as this is the third year in a row when our former students have outperformed other schools and colleges.

We believe that our commitment not only to the provision of our broad range of courses, but also to the support and enthusiasm that is apparent across our three campuses equips our students well for the next steps on the educational ladder. In addition, we encourage them towards independent thought and responsible learning that are the hallmark of making their university experience positive and rewarding.

James Staniforth, Principal of Shrewsbury Colleges Group, who was delighted with the results said: "This is what Shrewsbury Colleges Group is all about: putting students on the right road to their futures. We often think that a college’s work is done once A Level and other qualifications have been achieved. But here at SCG, we put the building blocks in place for future development and success. In everything we do, from our first class teaching and academic rigour through to our pioneering work with The Agency (which nurtures students throughout their time with us here) as well as our excellent extra-curricular activities, we arm our students with the best possible skills to take them to the next stage of their careers."

If you are inspired by our students’ success, then what’s your next move? The College is currently accepting applications for a range of courses starting in September 2019. For further information, don’t hesitate to call on 01743 342333