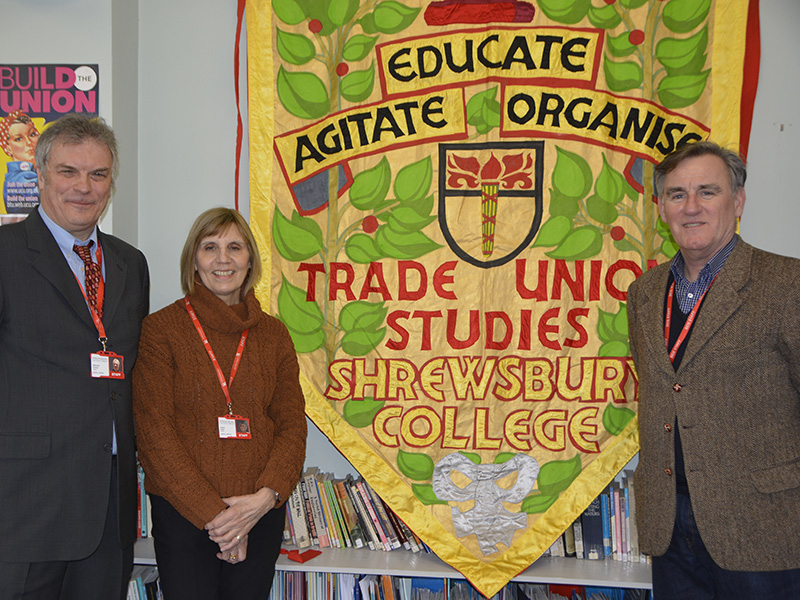 This takes the total value of contracts the College has secured for TUS training to around £1million.

SCG provides training for organisations with elected union members ranging in length from two to 36 days. However, the GLA had decided they would only provide contracts to providers from within Greater London from September 2021.

Last month, the College received the news from the office of Sadiq Kahn, The Mayor of London’s office, that its bid to train union representatives on behalf of the GLA, had been successful.

This followed making an exceptional business case which demonstrated the specialist nature and high quality of the training.

The contract will see the College training union representatives within a huge host of organisations, including the NHS, schools, councils and more.

“How regions allocate the funding is up to them, and we had to bid for the GLA contract. We were able to demonstrate exceptional reasons as to why the Mayor of London should spend his money outside of London.

“Two of the major reasons we could show that we offer such successful courses is our 98% achievement rate across the country and the fact that our courses are transformative for the people taking them.

“Many of the trainee representatives have previously fallen out of the education system but by gaining a new Level 2 qualification with us, we are giving offering them life chances they may never had. This qualification can be part of a journey that can ultimately lead to university.

“SCG offers Trade Union Studies education throughout England including places such as Barrow-in-Furness, Newcastle, Derby, Birmingham as well as London.

Principal of Shrewsbury Colleges Group, James Staniforth said: “We are delighted to announce we have confirmation that our exceptional business case has been accepted by the GLA. We will be one of, what I understand are, only four providers outside the GLA which will be funded to deliver specialist, niche educational provision.

“This is very good news and I am very grateful to and very proud of our Trade Union Studies team and their excellent work. This contract secures a key part of work with the GMB Union after 2021.