College students star despite the impact of grade standardisation

Shrewsbury Colleges Group is congratulating the A Level and vocational courses students who have received their results today in unprecedented times. A Level results for the students have been particularly pleasing with more than 50% of students receiving an A* to B grade at A Level or a Distinction* or Distinction at BTEC this year. The overall pass rate was 98%. 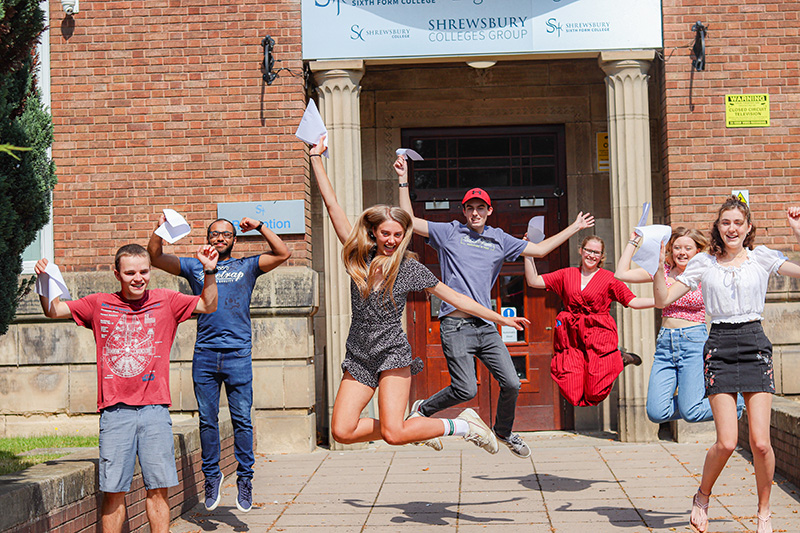 SCG Principal, James Staniforth said after seeing the overall results “Many students will be, and should be, proud of the grades they have been awarded. They reflect the hard work and commitment they put into their studies. These achievements are also the result of the excellent teaching and support they have received, both at college and in their previous schools, and the support of their families. Well done to everyone on all the successes.”

However, the College has been impacted by the controversial standardisation of results approach adopted by the results award regulator, Ofqual. James Staniforth continued: “We, like almost all sixth form colleges across the country, have seen a downward adjustment applied to the assessed grades that we submitted. The overall impact on our results this year is that they were lower than the results last year and they are lower than our three-year average. This appears to be because a statistical adjustment has been applied”.

“It is critically important that the statistical method used to award grades does not disadvantage individual students, which was the promise made by the government when the decision was taken to cancel exams this summer”.

The English Bridge campus has been open today for students to contact support staff to help with any queries that they have had. In addition, Ofqual has provided a number of resources to help students with the questions they may have. A special helpline has been set up to provide additional support to students and their parents/carers after they have received their exam results.

The Ofqual contact number is 0800 100 900 with opening hours: Monday to Sunday from 8am to 10pm. The helpline will have direct access to experienced careers advisers who can give guidance on the different options available, including A Levels, BTECs and other vocational subjects. Support will also be available on topics such as clearing, university, gap years and the autumn 2020 exam series.

James Staniforth concluded: “It is so important that all students have grades which reflect their efforts. I am therefore pleased that the Secretary of State announced on Wednesday 12th August that there would be a ‘Triple Lock’ applied to give students increased security as they receive their grades this year. Students will be able to accept their calculated grades or appeal to receive a valid mock result or sit autumn exams. All of these options will carry the same value for universities and employers. Students who would like to use a valid mock result will be able to do so through the appeals process. They will need to notify the College who in turn will provide evidence of the mock results of the student to the relevant exam board.”

“We are genuinely proud of the efforts that everyone associated with Shrewsbury Colleges Group have made in recent months, and especially those students who have completed their courses this summer.”