A team at Shrewsbury Colleges Group (SCG) have been leading a project to develop interactive resources to support offender learners in prison for three years. 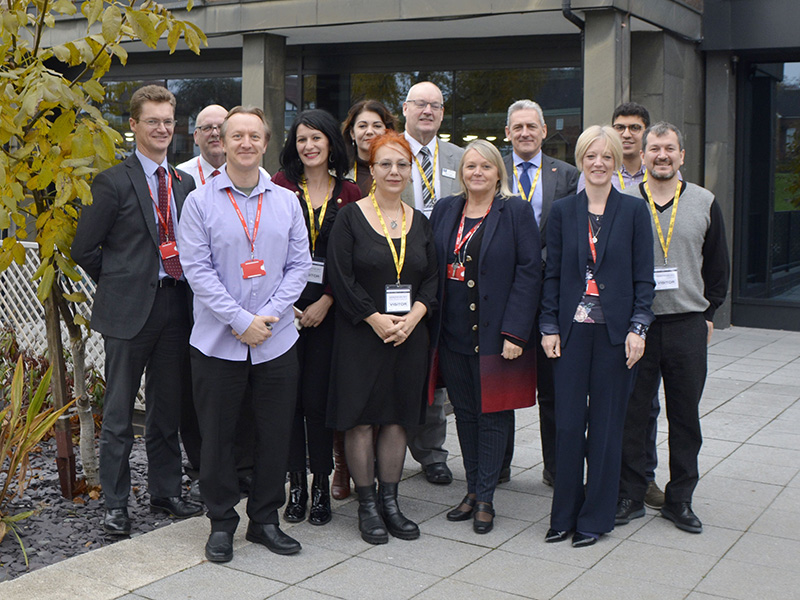 The project was developed after the College’s 2016 Ofsted inspection when inspectors praised the use of Augmented Reality (AR) to support learners and awarded the College a best practice case study.

The lead inspector invited the College to do a presentation in prisons about how digital technology could assist learning and the organisations looked into a way to make a project to deliver learning assistance in prisons.

The project has been taking place at HMP Hewell Young Offenders Institution in Redditch and soon at HMP Swinfen Hall in Lichfield.

The initial ‘Supporting Young Offenders using Augmented Reality’, project was awarded €270,000 of Erasmus European funding and began in 2018 at HMP Hewell. It is due to finish this summer, but due to COVID-19 it has been extended by five months. A further pilot of the project is now taking place at HMP Swinfen Hall.

A second project, looking to develop support for prisoners to prepare for release, began in December 2020 and will run until August 2023, using €211,000 Erasmus Plus European Social Funding.

The College is working with Her Majesty's Prison and Probation Service (HMPPS), Antim Ivireanul County Library and The Centre for Promoting Lifelong Learning in Romania, and the European Humanity Centre in Brussels on the project.

Richard Booth, Information Learning Technology Coordinator at SCG is leading the projects. He did the application for the second project during the lockdown and said not many projects were accepted for the final round of European funding.

“It doesn’t matter what or where the context is, our job is to support young learners. It’s really important for social mobility and to support people in hard to reach places, such as prisons,” he said.

“We’ve had meetings with the Government’s Prison Minister and SCG has even been cited on a white paper to lobby parliament on adopting digital technology more widely in prisons using the College as a case study as being a good way forward to support prison learners.

“Our second project will help prison learners to prepare for life 'on the outside’ with things like setting up a bank account and applying for universal credit.”

One staff member in HMP Hewell said: “I have been really impressed by the AR system and truly hope that this project gains the respect and success it richly deserves.”

All staff who took part in the sessions agreed that AR was an exciting learning resource and very flexible and were excited to be provided with the opportunity to trial new technology.