Conservationist's journey from SCG to mountaintops and rainforests

Dr Niall McCann, from Shrewsbury, attended the college when it was Shrewsbury Sixth Form College back in 1998 when he studied Biology, Chemistry and Classical Civilisations A Levels.

Along with his studies, his love of adventure started at a young age with his dad being head of seal research for the British Antarctic Survey and his mum working in conservation in East Africa. Niall says: “There was really nothing else I was going to do with my life.”

Niall, 39, has two brothers Rory and Finn. The boys all attended Shrewsbury Sixth Form College and all have degrees in Zoology. But it was Biology that Niall was almost most interested in in College to set him on his path to studying wildlife in the wild.

“My bigger picture was just to go to the jungle and be with animals, I didn’t really know how I was going to make a career out of that. I think that the career path for most people is more of a wiggle than a straight line when you look back at it.

“I really enjoyed sixth form and have incredibly fond memories. I was with an interesting group of people and I got an A in Biology. I enjoyed that much more than the other subjects and I knew that was where my passion lay. I still hear from some of my teachers, and I look back and know that it very positively and undoubtedly set me on the right path.”

Straight after his A Levels, Niall, his dad and his friend Stuart, who were both teachers at Idsall School, flew to Kazakhstan, hired a van to drive them to Bishkek in Kyrgyzstan, and then spent a month cycling into Western China and over the Himalayas into Northern Pakistan.

Niall set up his first email account in an internet café in Pakistan to get his A Level results and ensure he had got into Bristol University.

Following the trip, he spent 4.5 months volunteering for the Mauritian Wildlife Foundation, an organisation that Niall says has produced ‘a huge wave of conservationists.'

“I was 19 and it was hugely inspirational. There are several species of bird only alive because of what they do. The work of Dr Carl Jones and his team brought the Mauritius kestrel back from just 5 birds, literally saving them from extinction. I could see how an individual really can make a difference and I wanted to be involved in that with my life.”

Alongside Niall’s career path ‘wiggle’ has been his expeditions. As well as the Himalayan trip, Niall accompanied each of his brothers and his father on their own adventures when they respectively finished their A Levels and has been on multiple rock climbing, big-walling and mountaineering expeditions, and twice cycled over the Himalayas. Their Dad, Seamus, sadly passed away seven years ago. 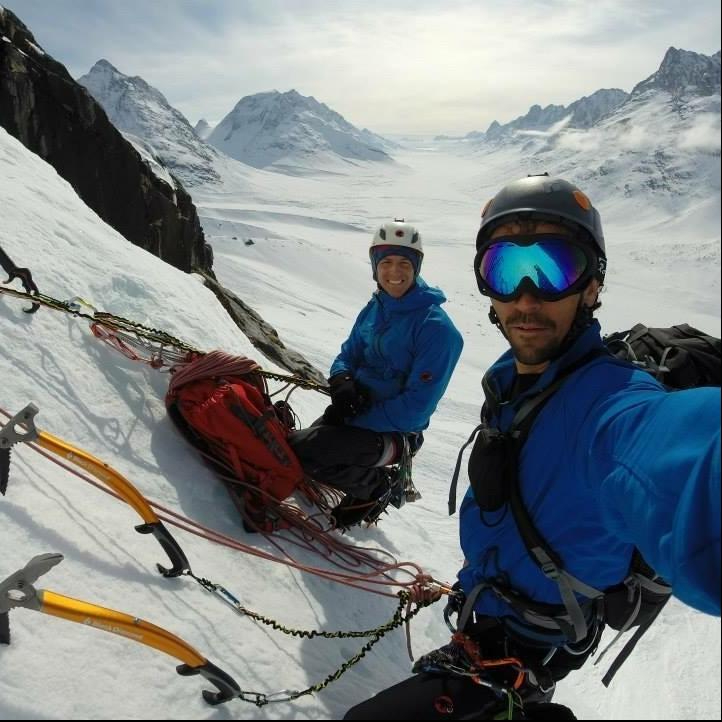 Between 2007 and 2008, Niall and a friend also rowed across the Atlantic Ocean in 63 days and he has been on two major expeditions to the Arctic, skiing across Greenland in 24 days in -25 degree conditions. All the trips were largely self-funded, with Niall saving money even when he worked at the local shop in Gains Park.

He then embarked on a five-year PhD in Conservation Biology, spending time in remote parts of Honduras specialising in the conservation of Baird’s Tapir.

“It was quite fitting as my mum’s maiden name is Baird. I spent just over a year living in the forests in a hammock.”

It was also when TV came calling and Niall subsequently presented three series of Biggest and Baddest for the Discovery Channel and the award-winning PBS Documentary, Lost in the Amazon.

Niall’s career and TV work eventually led him to meet Sir David Attenborough who he describes as “incredibly nice, cheeky and funny.”

“I was incredibly lucky to be invited to the opening day of Wimbledon with my wife Rachel and spend the day with Sir David and his daughter. He is about as heroic as you can get. He carries himself so unbelievably well and he has dedicated his life to being a force for good.

“He must have the most remarkable library of experiences of anyone on the planet. The only negative I would say he feels, is that despite bringing the wonders of the natural world into people’s living rooms throughout his whole life, is that not enough people still care about it.”

The pair worked together on the recent BBC series A Perfect Planet, which sought to explore humankind’s role as both a constructive and destructive force of nature. Niall was one of three experts giving insight into the role we play and what it is doing to the planet, in the final episode, Humans. 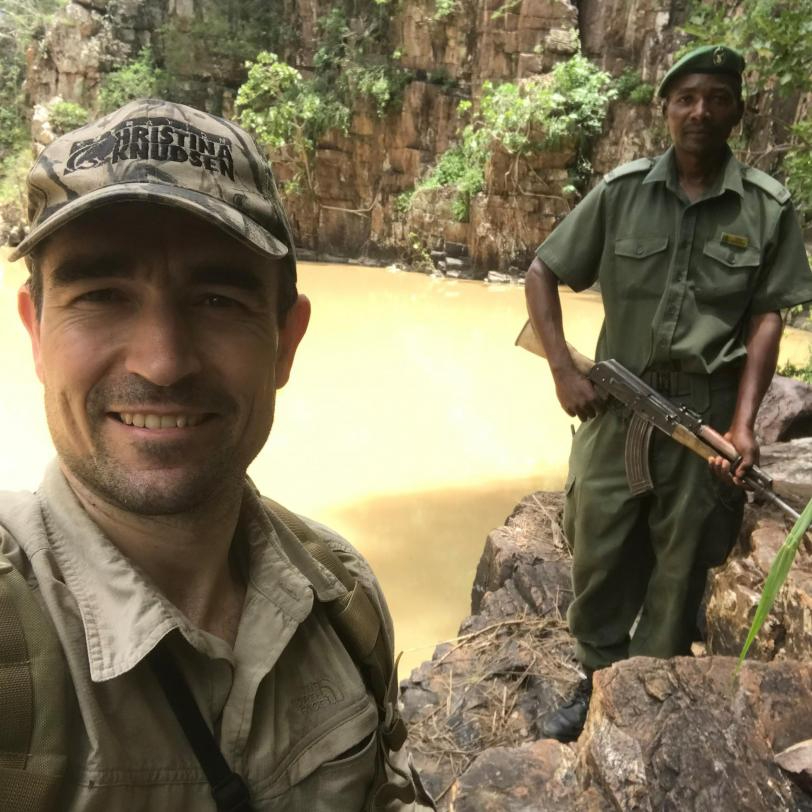 Niall now works full time as a Conservationist. “I became very conscious during my PhD when I was recording a species sliding towards extinction that I wanted to have a more positive impact. So, I helped to set up a conservation trust, National Park Rescue,” he said.

“In 2012, I funded six local men to patrol the forest in Honduras and protect them from poachers. My brother Rory, who now works as an artist, designed the logo. Then I got into ranger training and National Park Rescue was born.”

The charity is dedicated to identifying parks that can’t cope with poaching. In nine months, we saw 70 poachers arrested in Malawi.

“We then moved on to Chizarira National Park in Zimbabwe. Chizarira had already lost all its rhinos to poaching and had lost 3,000 elephants in the decade before we started working there. In three years, we reduced poaching levels by 98%. There was a 90% reduction in elephant poaching and 40% increase in the lion population.”

Niall and his team must raise over £250,000 each year to keep the project running and spends much of his time lobbying and presenting in parliament. He visits Africa three or four times a year but Covid has stopped him actively being there over the past year. In fact, this is the longest period he has spent in the UK in one stretch in his entire life.

Niall, who lives near Cardiff with his wife Rachel and his two-year-old daughter, says his work is a sacrifice for all his family.

“I have to be away from my wife and daughter a lot. I spent many months away from her in her first year. It’s very hard in the build-up to leaving them. But my work is very important,” he said.

The Brecon Mountain Rescue Team has become a huge part of Niall’s life in the past five years after Niall broke his back when he crashed flying his speedwing off the top of South Wales’ highest mountain, Pen y Fan, and was rescued by the team. He was told he might never walk again. Niall applied to join the team a year after his accident and is now a full member, regularly helping to rescue people who have got into difficulties in the mountains.

Niall’s accident and ongoing recovery was recently featured in the ITV Wales series ‘A Year in the Beacons’, which followed the Brecon Mountain Rescue Team through the highs and lows of a year rescuing people in the mountains. Footage of his crash is included in the show.

To find out more or about National Park Rescue, or to donate, please visit the website, and Niall says every donation is gratefully received.