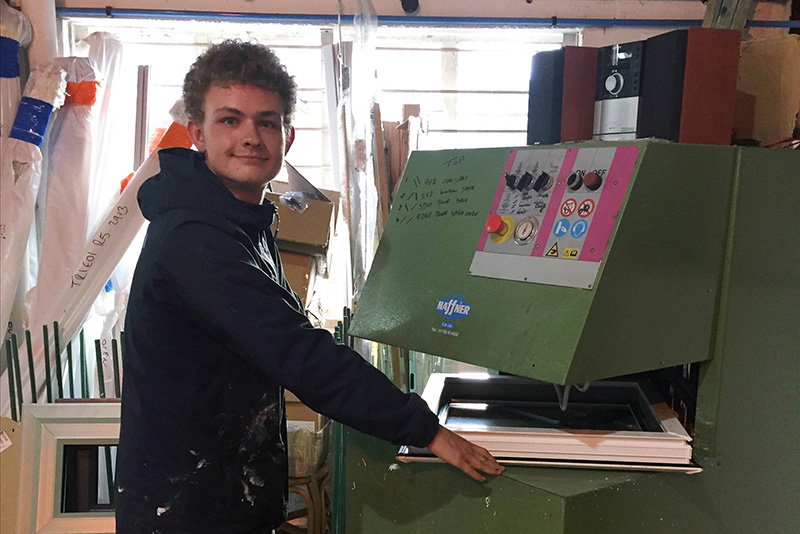 One year ago, Shrewsbury Colleges Group got involved in the government’s Kickstart Scheme, which provided a way for young people on Universal Credit to find paths into employment during the pandemic.

In the past few weeks, SCG’s Business Development team caught up with some of our Kickstarters to see what they are up to now that the scheme is ending. They discovered that the help these young people had received to enter the world of work had a profound impact on both their careers and their happiness. We've included two of their stories below.

Ben Nixon-Heron enjoyed school: he particularly loved the practical subjects and, along with his GCSEs, he gained a BTEC in Construction, which he thought would be a good starting point for a career in a construction trade. He had big plans until a family tragedy knocked all of those plans sideways.

The next few years were not great for Ben: his mental health really suffered and, although he tried out a few different things, he just couldn’t seem to find a path forward that worked for him. 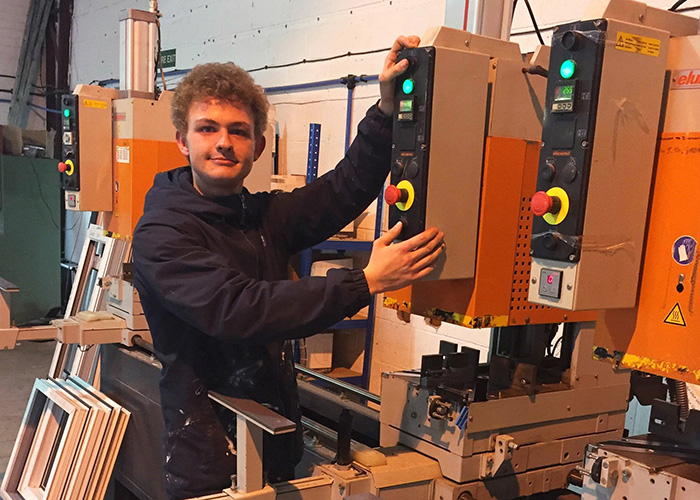 Ben Nixon-Heron at his new place of work, Homecrest Windows.

At the age of 21, Ben signed up to Universal Credit, just as the Kickstart Scheme was introduced. He was assigned a Work Coach and together they looked at a variety of vacancies. Ben applied for a roofing job, but as he didn’t have a driving licence, he wasn’t suitable.

However, the Managing Director of the company saw something in Ben at that interview and offered him a different position with another of his companies, Homecrest (a window installation business). Ben accepted and, after one week, he made such a big impression that he was offered full-time hours. By the time he spoke to SCG about his experience six months later, Ben had accepted a permanent job.

Ben said: “I love this job. I love the variety of working with the fabricators in the factory and going out with the fitters. Every day is different, and I’ve never been happier.”

Richard Pincher, Managing Director of Homecrest told us, “As an employer, I get to see the good, the bad and everything in between. Ben is definitely one of the good ones and is keen to learn, always asking questions, helpful, and liked by everyone in the company. He is a breath of fresh air.”

Klaidas Psenaska moved to England from Lithuania with his parents when he was four years old. At 16, he chose to go to college where he successfully completed a two-year bricklaying course. What he wasn’t expecting, however, was the difficulty he would have finding work afterwards. With no site experience, he struggled on for three long years, applying for hundreds of jobs. He had some rejections, but often heard nothing at all. 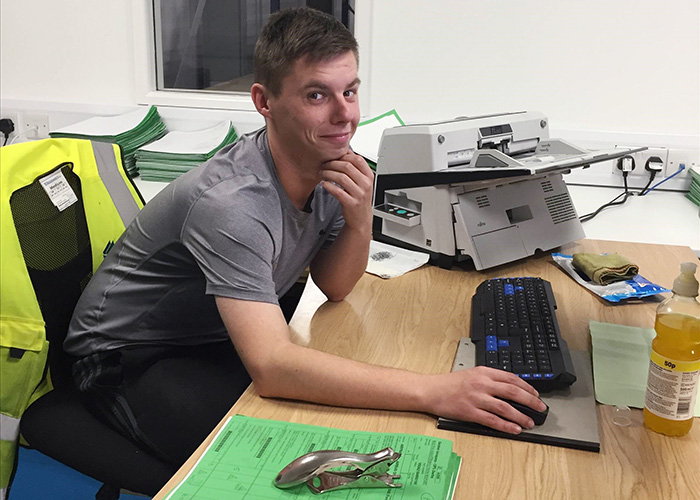 When the Kickstart Scheme was introduced, considerably more opportunities started coming into the Job Centre, and Klaidas’ Work Coach encouraged him to start applying. He secured an interview with EvaStore, a family-operated business based in Oswestry, who protect and manage archived material. A job at EvaStore sounded like a great opportunity for Klaidas, as well as an incredibly convenient one since they were based less than a mile from his house.

EvaStore offered Klaidas the job. He was given a good insight into all aspects of the business, before settling into his current role. Klaidas’ role is to scan thousands of documents for safe electronic storage, and it has really affected his life. “I’m so much happier now,” he said.

Gary Tait, General Manager at EvaStore, is delighted with how well Klaidas has settled in: “Initially, we wanted to give something back to an unemployed local young person by offering them useful skills that would help them in their future world of work.”

“Four months on, this has evolved into much more than that. It was never my intention to take anyone on a permanent basis, but Klaidas has more than proved his worth and we are looking to keep him on after the scheme comes to an end and further develop him with an apprenticeship.”