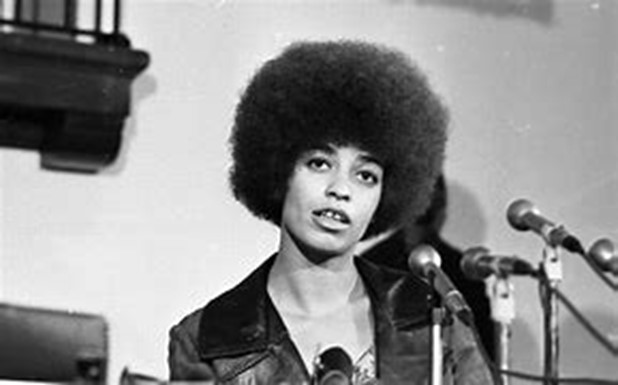 Welcome to Black History Month at Shrewsbury Colleges Group! Here in the humanities department, we try to celebrate BHM all year around. What that means is that we include black history in our curricula. We try to look at history from the perspective of black people in the past, and we help our students to understand the historical contexts and structures in which racism, discrimination, rights movements and progress for black people occurred. One important way that we do this is by telling the stories of black people in history. These are just 10 (there are many more!) of the black people that our A level students in History and Classics will have studied by the end of their course.

Cleopatra was the Queen of the Ptolemaic Kingdom of Egypt from 51 – 30 BC. But in the 1960s, Cleopatra caused quite a bit of controversy. In 1963, the film, Cleopatra was released, and the title role was taken by a very famous white woman, Elizabeth Taylor. But in 1946, J. A. Rogers had already claimed Cleopatra for his book ‘World’s Great Men of Colour’ (yes, I know, she’s a woman). So: was Cleopatra black? Google responds to that question with a single word answer: ‘yes.’ The debate rumbles on, but some images of Cleopatra made when she was alive appear to depict and African woman. She was also an extremely powerful ruler, civil warrior and the first Ptolemaic ruler to learn the Egyptian language. She lived in Rome for years, first with Caesar and later with Mark Anthony.

Charles Wootton’s story is little known among the UK population, although historians have tried to change that by raising awareness about him. Wootton was a young ship’s fireman who was living in Liverpool in 1919 after having served in World War One. This was a time of tension in Britain as economic crisis loomed. White workers of Liverpool, who were out of work, began to scapegoat the growing black population which was largely a result of ex-servicemen from around the Empire settling there. During a race riot in 1919, Charles Wootton was forced to flee his home, he ran a mile to Queen’s Dock. The mob followed and he was thrown into the water and pelted with rocks, one of which hit his head and he subsequently died. Wootton’s sad end reminds us that lynching was by no means only a US phenomenon and that black people have faced violence in Britain’s history.

Mary Seacole grew up in Jamaica where she learned about healing and medicines from her mother, who used traditional Caribbean and African methods. She was extremely knowledgeable, especially about cholera and yellow fever. In our history course, we come across Seacole far from Jamaica in the Crimea, during the Crimean War 1953 – 1856. She had travelled to Britain from Jamaica hoping to join a group of nurses led by Florence Nightingale in their efforts to save lives by nursing in the Crimea. The British government refused her request to join this group and so Seacole set out alone. She set up the ‘British Hotel’ near to the front line where she treated soldiers but also improved morale by serving up good food, drinks and a jovial atmosphere. She bravely spent time on the front line helping wounded soldiers. After the war though, she was largely forgotten and ended up living in London, penniless.

Harold Moody emigrated to the UK from Jamaica and lived in London. He was a doctor, but after qualifying with a degree from King’s College London, he found it impossible to find a job due to racial discrimination. He therefore set up his own practice in Peckham. In 1931 he established the League of Coloured People’s which was an important activist group fighting for the rights of black people in the UK. Its membership was impressive, including Paul Robeson and Jomo Kenyatta. He was fighting against laws which forced non-white people to prove their identity and register with local police stations. Black people also had much worse housing and job opportunities in this period.

Olive Morris was a determined activist against racism and sexism. She founded the Brixton Black Women’s Group in 1971 which was an important network of British black women. It started as a group for women who had been active in the British Black Panther movement, as Morris was. Brixton became an important area for political activity and counter-culture, which Olive was very much involved in, campaigning for squatter’s rights and racial and gender equality. She took her activism to Manchester in the 1970s when she was a student there, setting up Black Women’s Mutual Aid and the Manchester Black Women’s Co-op. Sadly, Morris died young at the age of 27.

Obi Egbuna was a Nigerian man who founded the British Black Panthers in 1968. The movement took its inspiration from the Black Panthers in the USA. Notting Hill, where the BBP was founded, had a history of racial tensions that arose from the backlash against non-white immigration to the area in the 1950s. The 1960s and 70s saw rising tensions between the black community and the police as well as fascist groups such as the National Front. Egbuna and the Panthers fought particularly against police brutality in London, an issue which raised its head again recently when Chris Kaba’s death caused protests in the capital. Egbuna was also a novelist and a playwright and wrote many texts on Marxism and Black Power.

If you look closely at the bronze relief at the base of the famous Nelson’s Column, you might be surprised to see a black man fighting on behalf of the British. You shouldn’t be! By the early 19th century, Britain was the centre of a global Empire with connections to people, places, and commodities all over the world. Several black men from around the world joined the British navy and historians have been working to reveal their stories. The National Archives show this sailor wasn’t alone – in fact there were 18 sailors at the battle who were registered as having been born in Africa. The choice to include this man’s image in the memorial to the battle suggests that the racist attitudes that later faced soldiers (for example those excluded from victory marches in London after WW1) were not yet entrenched in the military.

Stevenson was Bristol’s first black social worker, but he’s more famous for his civil rights activism. You may well have heard of Martin Luther king and the Montgomery Bus Boycott, but have you heard of the Bristol Bus Boycott? This was led by Stevenson in 1963. At that time, it was still perfectly legal in Britain to discriminate against somebody because of the colour of their skin, despite huge numbers of non-white immigrants arriving since the 1948 Commonwealth Immigration Act, which opened Britain’s borders. The Bristol Omnibus Company was refusing to employ black and Asian workers, despite a recruitment crisis. The four month boycott of the buses, led by Stevenson, was hugely successful and led to the company changing its policies on employing black and Asian people.

Shirley Chisholm was a pioneer in the 1960s – not only was she one of the first women to sit in the House of Representatives, but she was the first black woman to do so. By the early 1970s, Chisholm went even further, she sought nomination as a Presidential Candidate for the Democratic Party in 1972. She was the first black person ever to do so. In the end, Chisholm was beaten by South Dakota Governor George McGovern, who incidentally went on to lose the election. Chisholm had a particular approach to politics: the fought for social justice and after leaving congress, she became a teacher, believing in the importance of educational opportunities. To find out more about Shirley Chisholm check out this episode of ‘Mrs America’ on iPlayer.

Angela Davis remains an inspirational activist, author and professor. Davis was brought up in Birmingham, Alabama. One of the most divided cities in America – segregation remained legal there until the 1960s and protests against it were met with extreme violence. The Governor even set police dogs on children who were protesting in one instance. Davis was influenced by this, even in her youth she set up interracial study groups, which were broken up by the police.  Later, she joined the Black Panther Party in the late 1960s. Because of her part in this movement, Davis was wrongly accused of murder by the FBI in 1970 and spent 18 months in jail. This prompted a widespread campaign to ‘Free Angela Davis!’ after which she was acquitted. She’s since written many books protesting against imprisonment, racism, and misogyny.