A record number of students will graduate from Shrewsbury Colleges Group this Friday when they collect their degree-level awards in a prestigious ceremony at St Chad’s Church in Shrewsbury.

Led by the Mayor of Shrewsbury, Councillor Peter Nutting, a line of 105 mortar boards and graduation gowns will make its way from Shrewsbury Market Square to St Chad’s Church in the annual Shrewsbury College graduation parade. 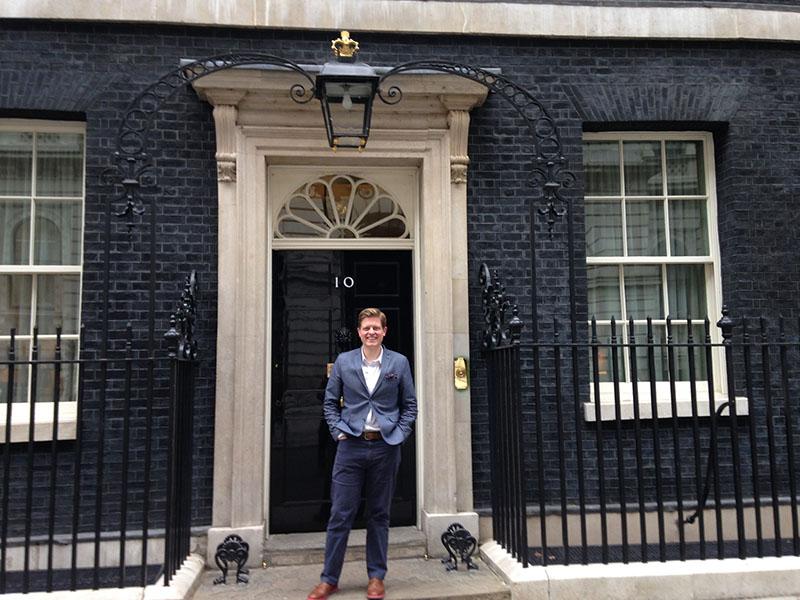 The College has been teaching higher education for over 20 years and numbers are steadily increasing with 265 students graduating overall and 105 collecting awards as part of the ceremony.

This year, former Shrewsbury Sixth Form Student, James Holt, from Shrewsbury, has been invited to be the special guest speaker. James, 36, studied English, Politics and Spanish A Levels at the College in 1998. He then went onto university to study Journalism and started working for the Midlands News Association at the Shrewsbury Chronicle as a reporter in 2004 during which time he was one of only a few British journalists to be able to travel to Basra, Iraq to cover the war efforts. He won a national award for his reporting and then moved to Severn Radio as news anchor.

James said: “When I look back, Shrewsbury Sixth Form was probably the experience that set me on my career path. It was the first time I saw all the potential opportunities in life, and when I fell in love with politics, media, language and debate. It was a wonderful mix of academic, creative and social challenges that I genuinely believe has helped shape me since. I am delighted to be asked to share to share some of my experiences and advice with the graduates.”

James Staniforth, Principal of Shrewsbury Colleges Group, said: “We have been running higher education courses at the College for over 20 years now offering local, high quality, affordable courses. We have just been inspected by the Quality Assurance Agency and received the highest possible rating for our higher education courses. This is a wonderful achievement and with our investment in a new higher education centre at our London Road campus, our university level courses are going from strength to strength.

“As well as offering a full BA Hons degree in Education, we are offering 13 degree level courses in the next academic year, across subjects including Photography, Counselling, Computer Science, Engineering and Sports.

“It’s a fantastic achievement for these students to be graduating and the parade is a real rite of passage before they go on into their future careers.

“There are many benefits of studying higher education with us, including smaller class sizes, taught by tutors with industry experience who have the opportunity to influence the development of programmes, excellent facilities and the ability to study around work and family commitments.”

To find out more about Higher Education courses at Shrewsbury College, come to the next Advice Event, on Thursday 11 July, from 5-7pm or call 01743 235491