Seven-foot ‘Tommy’ silhouettes have been stood at the London Road, English Bridge and Welsh Bridge Campuses in the build up to this time of remembrance. 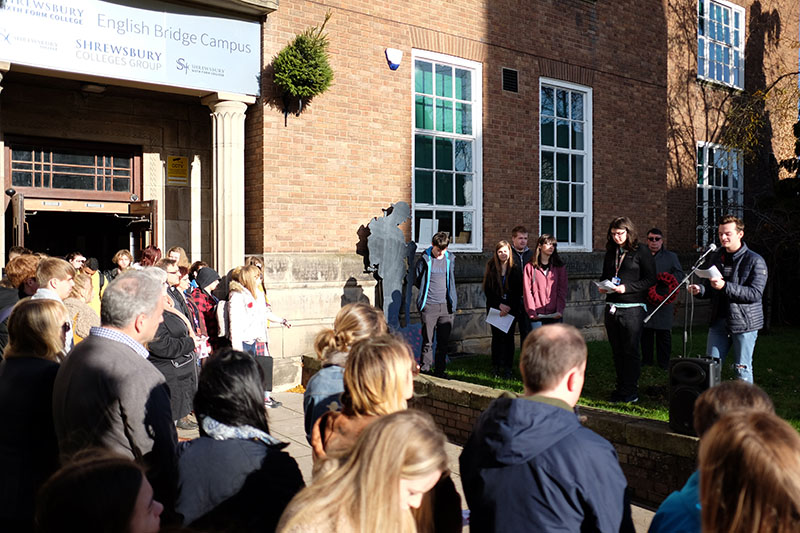 The poignant services, which involved staff and students across the whole group, paid tribute to all the men and women who lost their lives fighting for their country.

The programmes at all three campuses began with the story of the Unknown Soldier and how he had travelled to his resting place in Westminster Abbey. College students then gave a reading and the Act of Remembrance followed. Yvonne Furber from the Shrewsbury Cadet Force played The Last Post and Reveille on the bugle at London Road Campus; whilst students, Isaacc Scott and James Heywood, gave their rendition of the call on trumpets at the other campuses. The services were completed with students reciting Dulce et Decorum Est by Wilfred Owen, the Shropshire-born poet.

At London Road campus veterans came to represent Shrewsbury’s Royal British Legion and there were surprise guests from the Royal Navy, who happened to be visiting Public Services students at the time. Music Technology students also added to the event with a performance of Imagine by John Lennon.