Students working 9 to 5 for musical performance

Tumble out of bed and stumble to Theatre Severn to watch Shrewsbury Colleges Group student’s phenomenal 9 to 5 musical.

Following on from the successful Made in Dagenham, Footloose and Back to the 80s at Theatre Severn, Performing Arts students from London Road Campus will be hitting the stage again with 9 to 5 the Musical. 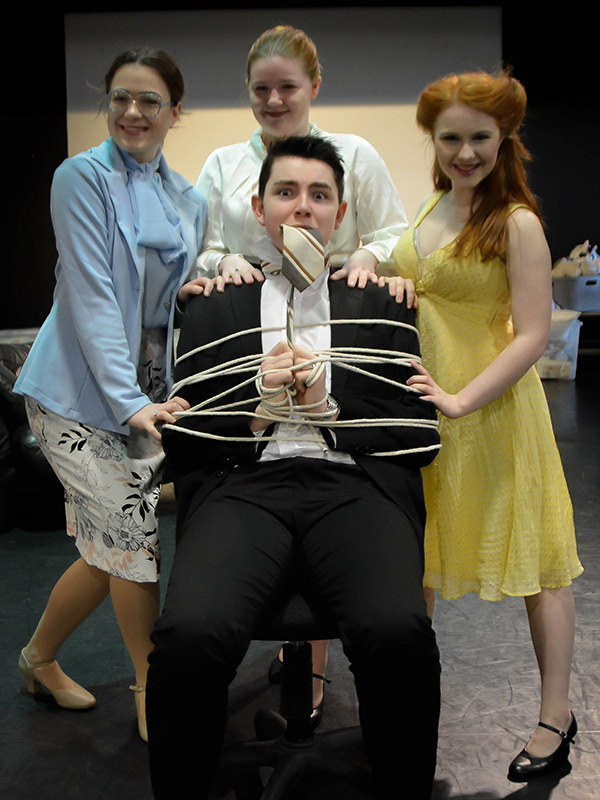 First and second year students will all be joining together for this fun, high-energy musical, with its jubilant score and easily relatable characters.

9 to 5 the Musical is based on the hit 1980 cult movie of the same name, with music and lyrics by Dolly Parton. In a late 1970s corporate world, full of rolodexes and nylon shirts, Violet, Judy and Doralee strike up an unlikely friendship and devise a plan to get even with their sexist, bigoted boss. Hilarious, romantic and thought-provoking events ensue.

Chloe Milward, Level 3 Extended Diploma in Performing Arts student, who is playing Violet, said: “9 to 5 sends such a good message and it has the bonus of being a hilarious show. It is driven by female characters and that makes the show unique.”

Will Evans, Level 3 Extended Diploma in Performing Arts student, who is playing Franklin Hart Jr said: “I can’t wait to perform for the audience and make them laugh all night - it’s such a funny show and a great night out.”

Andy Pierce, Performing Arts Teacher, said: “The students have been working incredibly hard over the last few weeks and the show is really coming together. 9 to 5 the Musical is the perfect show for the students to be a part of – it has strong female roles and manages to deliver a serious message with humour and loads of wonderful tunes. I urge anybody who enjoys feel good, uplifting and well performed musical theatre to buy a ticket – it is a show not to be missed!”

The show will take place over three days in Theatre Severn’s Walker Theatre, 2-3 May at 7.30pm and a matinee performance at 2.30pm on the 4 May. Tickets cost £15 each or £10 for concession.