Travel and Tourism students from Shrewsbury Colleges Group have volunteered their time to organise and serve Royal British Legion veterans and Poppy Appeal volunteers a 3 course lunch in their College restaurant. 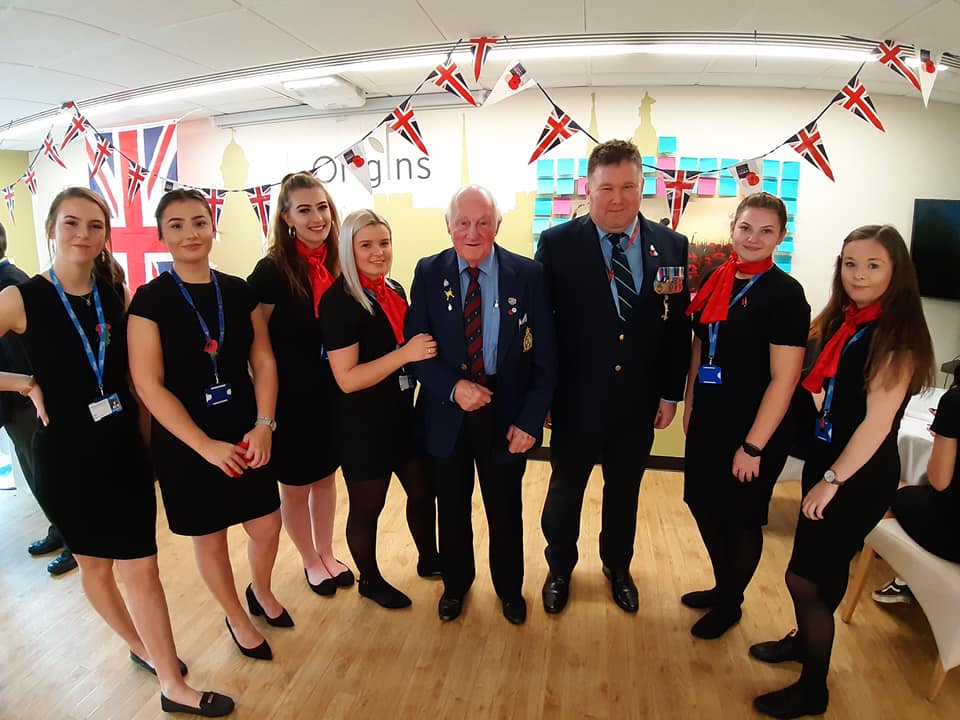 As well as decorating the venue, the group of first year students also collected more than £45 for the Royal British Legion and Poppy Appeal from college students and staff.

Students also wrote notes to express their sincere thanks for the sacrifice veterans have made during their careers. Many of those attending said reading these was heart-warming.

Andy Middle, an ex-serviceman in the British Army, who works in the catering department at the College came up with the idea last year and it was decided to hold it again.

Andy said: “The students did an amazing job and were more than willing to give their time. Ingredients for the lunch at our commercial restaurant Origins, were donated by local suppliers and catering students prepared the menu.”

informed us about last year’s event and asked if we wanted to get involved. I was ecstatic to, I love talking to people and being part of this event is just a little way to say thank you for everything they have done.”

Jen Robey, from the Royal British Legion, said: “We had great feedback from our volunteers last year. They said the food was excellent and the service was exceptional. Our volunteers have worked really hard this year and has been difficult this month as the weather has been against them, but our volunteers are dedicated and want to raise money for families and veterans.

“This event has enabled all of the volunteers to meet each other and for us to give them an official thank you for all their work. We’re always looking for volunteers, all year round, especially with events jobs around our campaigns.”

Royal British Legion need £100 million a year to support veterans and their families across the UK.

Shropshire’s target is £5,550 a year and there are 75 volunteer in the county who and have given over 600 hours of their time.