A Sports Teacher from Shrewsbury Colleges Group has been selected as joint manager for the England National Men’s Under 18s Football Team. 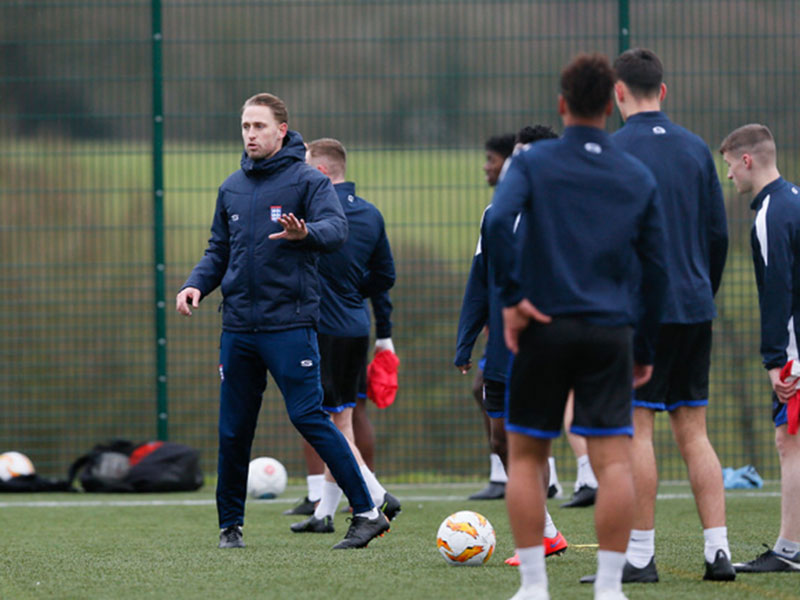 Andy Jones, is volunteering his time on top of his other teaching and coaching responsibilities, to take up the role.

The country’s best college under 18s football players are in the England College Football Association (ECFA) team, in association with the Association of Colleges.

Andy applied for the role and underwent a rigorous interview process to beat the dozens of other applicants from across the country.

England Colleges represents the pinnacle of college football. The opportunity is open to students nominated by member colleges and players have been selected to represent their country and colleges following a two-phase trial process.

England Colleges representative teams have been operating for over 10 years providing a unique and exciting opportunity for talented male and female footballers to perform at international level representing their country through domestic and international fixtures.

Andy, from Shrewsbury, has just returned from a two-day training camp at St George’s Park in Burton, the home of England National teams.

During the camp, the ECFA team played against the Independent Schools Football Association team (ISFA) and won 4-3.

He said: “It’s great that the College is supporting me to do this. It’s a fantastic opportunity and though I am volunteering my time, it will really help with our own football provision and student experience.’’

“In February half term, I am travelling to Italy for the Rome International Tournament and we also have a number competitive fixtures against Australia and Wales.”

Jackie Swan, Curriculum Leader for Sport, said: “Andy is an extremely capable teacher and not only does he work tirelessly with the students, he has always given so much of his time to community football endeavours and this opportunity is indicative of Andy’s talent in sport and working with young people."