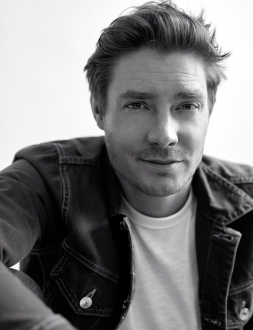 The 38-year-old actor, from Shrewsbury, has most recently starred in Downton Abbey The Movie, which was screened at cinemas worldwide and released on DVD in December and on Sky Store this month.

Max was one of five new characters to join the cast and played the role of Richard Ellis, the King’s Valet and love interest of Downton Abbey Butler, Tomas Barrow, played by Robert James-Collier.

Max said he was “delighted” to land a role in the film of the hugely popular British TV institution, which spanned 5 years and six series, as well as several Christmas specials and has grossed £192million at the global box office.

He said: “It was an incredible experience working on Downton. It is such a loved series and the film was hugely anticipated. Obviously, there is a well-loved and established cast, but to work alongside some of the hugest names in the acting business was a truly humbling experience and I learnt a lot.”

Max attended Shrewsbury Sixth Form College, as it was known then, from 1997-1999. Formerly of Meole Brace Secondary School, he studied A Levels in Business, Art and Theatre Studies and got a taste for treading the boards at an early age.

“I was always into acting, from as far back as I can remember. I had lead roles in plays at primary school and this continued into secondary where I also joined Stage 2 amateur dramatics group run by Priory School teacher Steve Pashley, who has now sadly passed away and John Howard.

“Steve and John, who now runs The Aspire Programme in Shrewsbury, really believed in me and gave me a great deal of confidence, putting me up to act alongside the older students.

“We regularly performed in shows such at West Side Story at the town’s theatre, which was then called The Music Hall.”

From there, Max, who is married to model Annabelle Horsey and has two children, started at the college, now part of Shrewsbury Colleges Group, studying at the town’s Welsh Bridge Campus.

Max said the course and his teachers, Roger Calvert and Sarah Probert were instrumental in propelling his love for acting.

“It was the first time I had really specialised in performance and I loved it,” said Max.

“The college and the course attracted really diverse group pf people from all over with different backgrounds. Everyone really wanted to create and I think it made me really step up again.

“I was so sure I wanted to become an actor and go to drama school that I didn’t even look at university. Instead, I moved to Manchester for four months and did some modelling and some extra work.

“Then I landed an agent and got a role in Grange Hill. I’ve lived there pretty much ever since and go to LA for meetings. I’m going there for two weeks next month for meetings, but unfortunately I can’t let on about any future projects because you have to sign a non-disclosure agreement for everything now!”

Past projects of Max’s include films such as That Good Night, Love Tomorrow, Flutter and Turistas.

He has also starred in American HBO TV series The Royals with Elizabeth Hurley, and ABC’s Agent Carter based on the Marvel comics starring Hayley Atwell, Chris Evans and Chad Michael Murray and Showtime’s The Tudor, which aired on BBC 2 alongside Johnathan Rhys-Meyers, Sam Neill Henry Cavill and Natalie Dormer of Game of Thrones fame.

If you are a past student, the College would love to hear from you. You can join our alumni by visiting https://www.scg.ac.uk/alumni