Seven SCG students from across the county receive Oxbridge offers

Seven Shrewsbury Colleges Group students have been offered places to study at the prestigious Oxford and Cambridge Universities. 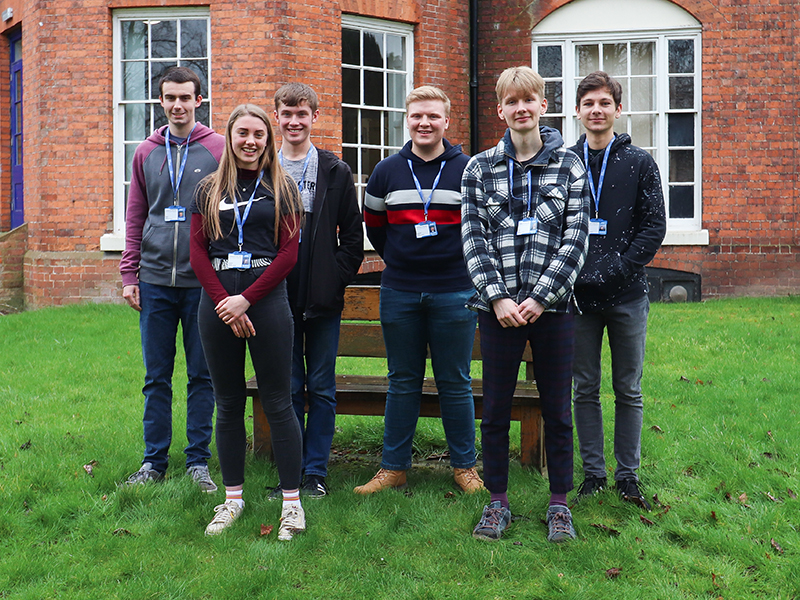 The students, who hail from all across the county, are currently studying A Levels at the colleges’ English Bridge and Welsh Bridge Campuses and will take their exams this summer before heading off to study at Oxford or Cambridge.

The successful students have offers to read a broad range of subjects, including Law, Biology, Asian and Middle Eastern Studies, Psychological and Behavioural Sciences, Earth Sciences, Mathematics, English and History.

The two students offered places at Oxford Colleges are:

Dan Bowen, 17, from Bridgnorth, previously of Oldbury Wells School. He is currently studying Chemistry, Geology, Biology and Extended Project and has been offered a place at Oxford to study Biology. Dan said he set himself the challenge to see if he could get an offer at Oxford and he has succeeded.

He said: “I learnt more about Oxford when I came to College and started attending MedSoc, the SCG Medical Society supports students making high level medical and related applications to universities. It gave me the inspiration to push for it.”

“Only starting at this College made me think I could go. The Agency team and teachers have been a great support. I gave my personal statement to all my teachers so they could check over it and give me advice.

“I sent an open application to study Biology and had an offer come back to study at St Hilda’s College. I know my career will be in biological sciences but I am undecided which branch I will go into at this stage.”

“I attended an Applicant Open Day in February and got to experience a taster of my course.”

Ryan Meddins, 17, from Ruyton Xi Towns and previously of Corbet School, is currently studying Chemistry, Geology, Physics and Mathematics and has been offered a place at St Anne’s, Oxford to study Earth Sciences.

The five students offered places at Cambridge Colleges are:

Lauren Ainscough, 18, from Shrewsbury and previously of Priory School. She is currently studying Maths, History, English Literature and French and has been offered a place at Jesus College, Cambridge, to study Law.

Heidi Clark,19, from Shrewsbury and previously of Priory, is currently studying Sociology, Maths, Further Maths, and Spanish and has been offered a place at Emmanuel College, Cambridge, to study Asian and Middle Eastern Studies. Heidi lived in Japan for a year between finishing her GCSEs and starting her A Levels and this insight into Japanese culture and language inspired her to apply for the course.

Isaac Laing, 18, from Shrewsbury and previously of Meole Brace School, is currently studying Maths, Further Maths, Psychology and Physics and is undertaking an Extended Project. He has been offered a place at Pembroke College, Cambridge to study Psychological and Behavioural Sciences.

Phil Tarrant, 17 from Shrewsbury, formerly of Priory School, is currently studying Classical Civilisation, Drama & Theatre, English Literature and is undertaking an extended project. He has been offered a place at King’s College Cambridge to study English.

Sam Williams, aged 18, from Newport, formerly of Burton Burrough School. He is currently studying Religious Studies, Maths, History and is undertaking an Extended Project. He has been offered a place at Emmanuel College, Cambridge, to study History.

Principal, James Staniforth said: “I am delighted for all seven students that their hard work, intellect and enthusiasm for learning has been recognised and that they have been made offers by their respective Oxford and Cambridge colleges.

“The support they have received from their teachers, student support tutors and other members of the College student services team clearly made a difference to students. I am also delighted that this is further evidence that whatever your ambition you can achieve it through Shrewsbury Colleges Group.”