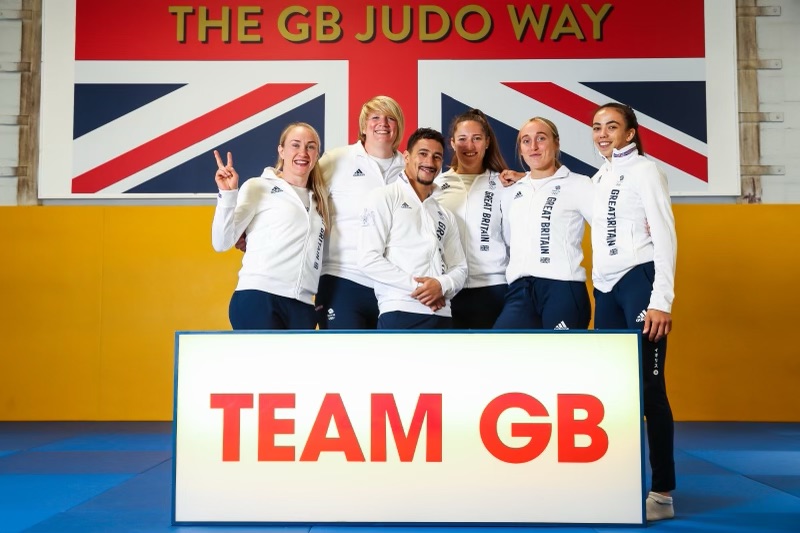 Shrewsbury Colleges Group alumni Sarah Adlington has flown to Tokyo where she will compete in the Olympics.

The 34-year-old, originally from Shrewsbury and now living in Edinburgh was selected as part of the GB Judo team.

This, the third attempt for British heavyweight Adlington, a World Cup Champion, who missed out on London and Rio over the years but has now succeeded and will be one of six British judokas going for gold in Tokyo this summer.

Adlington believes those previous near-misses, although heart-breaking, are what got her where she is today, saying "what doesn’t kill you makes you stronger and I’m a much better athlete than I was back then.

“It’s everything I’ve been working for so to be here now feels amazing, I’m buzzing. The hard work has paid off.

“It’s been a long time coming with a lot of ups and downs along the way but to be sat here today officially part of Team GB feels amazing,” said.

Before her place on the Tokyo Olympics line-up, Adlington’s shining career highlights include a Commonwealth Games Gold in 2014 while representing Scotland.

She has won five World Cups and more than 25 medals in total. She finished 5th at the 2018 World Championships in Baku and is a multiple British Champion since 2007.

She studied PE A Level, and qualifications in Travel & Tourism and French while at Shrewsbury Sixth Form College (now part of Shrewsbury Colleges Group) in 2003-2005.

“I think my time at the college helped me to become more independent after leaving school. The college was really supportive of my judo career that had already started while I was attending the college,” said Sarah.

She moved straight to Edinburgh after finishing College to attend the University of Edinburgh and studied a BSc(hons) in Sport and Recreation Management Gaining a 2:1.

Finding out she had gained a place on the GB Olympic team was incredible having “been a dream for a long time.”

“I just missed out on Rio in 2016, so it’s been a dream for a long time. Never say never but I think it might well be my only Olympics,” she said.

“I hope to be able to enjoy everything about the experience and put in a performance that matches my ability. If I have a day where I produce what I’m capable of, hopefully, I’ll be sat here with a medal.

“When I’m not training, I like to listen to music. I bought a guitar in lockdown so I’m trying to learn how to play that. Other than I like going out for nice food with friends,” she added.

Sarah says that Covid-19 has affected her preparation plans, forcing her to spend more time than usual in hotel rooms. Nonetheless, she hopes to thrive when she steps onto the big stage once more, whether supporters are allowed in or not.

“It’s now just about enjoying the ride, shutting out the noise, and focusing on delivering when you step on the mat.”