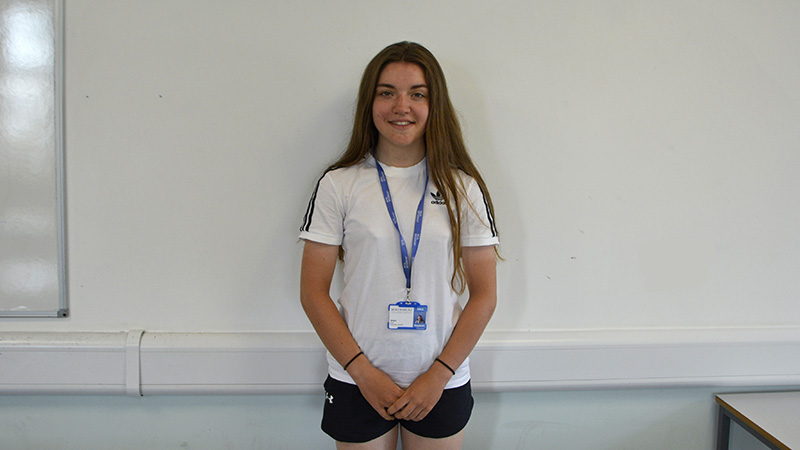 Grace Lister, 18, who studies Level 3 Sport at SCG, has achieved a place on England’s cycling team and will be competing in track cycling at this summer’s Commonwealth Games.

Grace is part of a team of 35 exceptional cyclists which includes athletes like Olympic gold medallist Laura Kenny.

Although Grace has been riding a bike since she was seven, it was only a few years ago that cycling became more serious than a hobby for her. After she was invited to join the Great Britain Cycling Team Junior Academy when she was 16, she said that the sport became a “lifestyle” for her, and she started training six days a week.

During her time at SCG, Grace has won a gold medal in the junior European Championships alongside three other teenage cyclists, and they set a new world record in the process.

Studying Level 3 Sport at college has been very useful for Grace, allowing her time to pursue cycling at the highest level and providing her with the expertise for a long career in the industry.

Grace has been able to use the space in her timetable (which is provided for vocational students to gain work experience in their chosen industry) to balance her challenging training schedule alongside her studies. “I spend two and a half days a week in college, so I’ve got a lot of time out of college and can fit it in around my training, which really helps,” she said.

Grace has managed this balance so successfully that not only is she leaving college with a place on Team England, but she has also achieved a top D*D*D* grade (the vocational equivalent to three A*s at A Level) in her course.

“Grace has been an exceptional student during her time here at Shrewsbury Colleges Group,” her teacher Chris Gosling said. “She has consistently achieved an outstanding level of academic work on her Level 3 Extended Diploma in Sport and has managed to balance that with the rigours of top-level training and a gruelling race programme around the UK and Europe.”

Chris explained that having an athlete of Grace’s calibre has also enhanced her peers’ learning since she has imparted some of her cycling knowledge and run coaching sessions as part of the Applied Coaching unit.

Grace agreed that studying coaching has been the most important aspect of the course for her as a cyclist, but she also thinks that getting to grips with sports science has helped her as an athlete. She said: “There are units like sports psychology and learning about the body through anatomy and physiology that have helped me with my cycling. Having the background knowledge really does help.”

Now that she’s completed her Level 3 Sport course, Grace is busy training for both the Commonwealth Games and the European Championships (which take place in Portugal this month).

Grace’s teachers and everyone else at the college would like to wish her luck in Birmingham this summer. You can look out for her competing in the track endurance events.

After the Commonwealth Games, the next step up for Grace is competing in the Olympics. She is currently unsure about whether she’s ready to compete in Paris 2024, but she’s definitely aiming to win a place on Team GB for Los Angeles 2028.