Living and Working in Shrewsbury 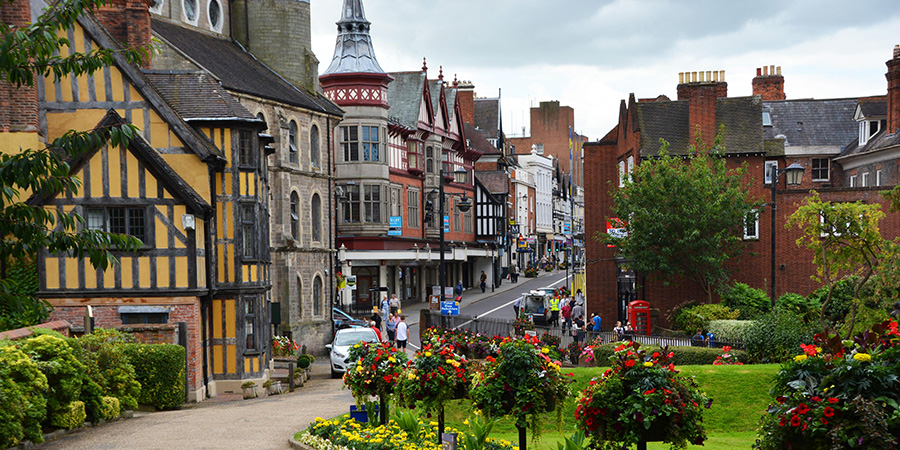 Shrewsbury is a large market town and the county town of Shropshire, England. The town centre has a largely unspoilt medieval street plan and over 660 listed buildings, including several examples of timber framing from the 15th and 16th centuries. Shrewsbury Castle, a red sandstone fortification, and Shrewsbury Abbey, a former Benedictine monastery, were founded in 1074 and 1083 respectively by the Norman Earl of Shrewsbury, Roger de Montgomery. The town is the birthplace of Charles Darwin and is where he spent 27 years of his life.

Shrewsbury is set amidst the glorious Shropshire countryside near the Welsh Borders and is one of England’s finest medieval market towns. The town is the commercial centre for Shropshire and mid-Wales. The A5 and A49 trunk roads come together as the town's by-pass and five railway lines meet at Shrewsbury railway station making it easy to commute to from the West Midlands and mid-Wales plus further afield.

Shrewsbury is a fantastic place to live. It strikes a great blend of the old and the new and offers something for everyone. The cities of Manchester and Birmingham are only an hour away and the town has a direct rail link to London, but the town is surrounded by the beautiful countryside of Shropshire.