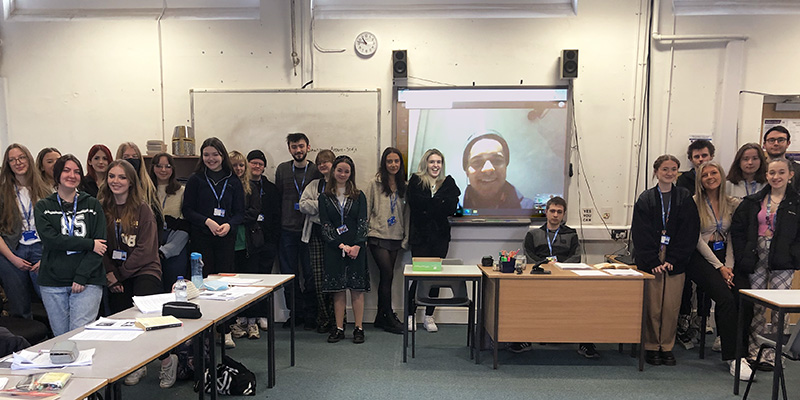 Professional actor and SCG alumnus Stephenson Ardern-Sodje gave a live talk to our second year English Literature students on Friday 28 January about his experiences of acting in Shakespeare's plays at the Globe Theatre and other venues.

The talk was aimed at helping students understand the Shakespeare text they are studying, The Tempest, from a performance point of view. Stephenson spoke with them about the way actors navigate the language and rhythms of the early 17th century dialogue. He also offered them his personal interpretation of the two roles he played in the Globe’s 2021 touring production of the play, Caliban and Antonio.

Stephenson was a student at Shrewsbury Sixth Form College from 2007 to 2009, finishing college with A Levels in Film Studies, English Combined and Classical Civilisation. SCG has previously spoken to Stephenson about his journey into acting and his roles in West End productions such as Hamilton, but last Friday’s talk gave him the chance to tell the English Literature students about his remarkable career first-hand.

This year was a particularly exciting time to speak to Stephenson since he’s currently starring in the UK and Ireland tour of The Lion King in the lead role of Simba, one of his greatest career successes so far. Stephenson was on tour in Dublin when he spoke to the students via video call.

After talking the students through his exciting resume, Stephenson gave them a brilliant insight into the rehearsals for The Tempest and how the actors and production team worked together to help bring out the play’s meaning and make the themes relevant to modern audiences. He then went on to discuss the issues of performing on the Globe’s stage and the way different audiences reacted to the play.

After Stephenson’s main talk, the students asked him their own questions about his interpretations of Caliban and Antonio, alongside some larger questions about the play in general. The students agreed that it was “very interesting and insightful” to speak to Stephenson and felt like they had learnt a lot from him that would complement their A Level work on The Tempest.

When thanked for his time and help, Stephenson said: “It’s always nice doing something that feels like giving back. I have fond memories of sixth form, so that makes it easy.” 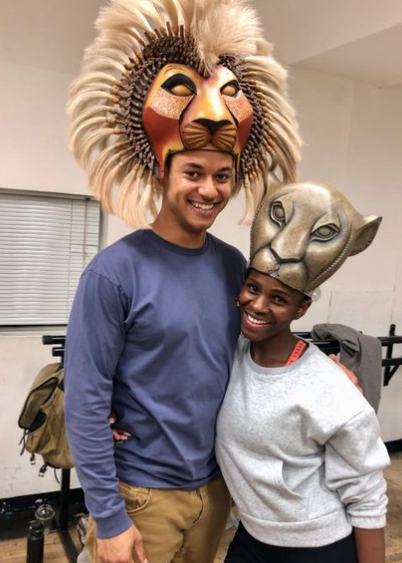 Stephenson Ardern-Sodje in rehearsals for The Lion King.